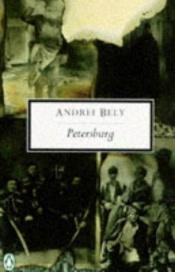 Petersburg is a novel by Russian writer Andrei Bely. A Symbolist work, it arguably foreshadows James Joyce's Modernist ambitions. First published in 1913, the novel received little attention and was not translated into English until 1959 by John Cournos, over 45 years after it was written.
Today the book is generally considered Bely's masterpiece; Vladimir Nabokov ranked it one of the four greatest "masterpieces of twentieth century prose", after Ulysses and The Metamorphosis, and before In Search of Lost Time.

The Good Soldier Svejk and His Fortunes in the Worl …