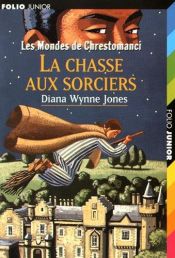 Witch Week is a children's fantasy novel and school story by the British writer Diana Wynne Jones, published by Macmillan Children's Books in 1982. It was the third published of seven Chrestomanci books.
Witch Week is set during the last four days of October 1981 at Larwood House, a boarding school in southern England, in a world parallel and close to ours. Many people have magical powers but their use is a capital crime and convicted witches are burnt to death. The story begins with a teacher's discovery of an ambiguous note and dilemma whether to take it as a joke. "The note said: SOMEONE IN THIS CLASS IS A WITCH."