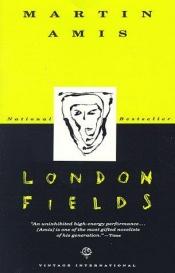 London Fields is a black comic, murder mystery novel by British writer Martin Amis, published in 1989. Regarded by Amis's readership as possibly his strongest novel, the tone gradually shifts from high comedy, interspersed with deep personal introspections, to a dark sense of foreboding and eventually panic at the approach of the deadline, or "horror day", the climactic scene alluded to on the very first page.
The story is narrated by Samson Young, an American writer living in London who has had writer's block for 20 years and is now terminally ill. The other main characters are Guy Clinch, the foil; Keith Talent, the cheat; and Nicola Six, the murderee, who knows she will be murdered a few minutes after midnight on 5 November 1999—her 35th birthday—and who goes in search of her killer.

The Good Soldier Svejk and His Fortunes in the Worl …