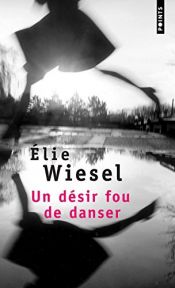 From Elie Wiesel, a recipient of the Nobel Peace Prize and one of our fiercest moral voices, a provocative and deeply thoughtful new novel about a life shaped by the worst horrors of the twentieth century and one man’s attempt to reclaim happiness.

Doriel, a European expatriate living in New York, suffers from a profound sense of desperation and loss. His mother, a member of the Resistance, survived World War II only to die in an accident, together with his father, soon after. Doriel was a child during the war, and his knowledge of the Holocaust is largely limited to what he finds in movies, newsreels, and books—but it is enough. Doriel’s parents and their secrets haunt him, leaving him filled with longing but unable to experience the most basic joys in life. He plunges into an intense study of Judaism, but instead of finding solace, he comes to believe that he is possessed by a dybbuk.

Surrounded by ghosts, spurred on by demons, Doriel finally turns to Dr. Thérèse Goldschmidt, a psychoanalyst who finds herself particularly intrigued by her patient. The two enter into an uneasy relationship based on exchange: of dreams, histories, and secrets. Despite Doriel’s initial resistance, Dr. Goldschmidt helps to bring him to a crossroads—and to a shocking denouement.

In Doriel’s journey into the darkest regions of the soul, Elie Wiesel has written one of his most profoundly moving works of fiction, grounded always by his unparalleled moral compass.