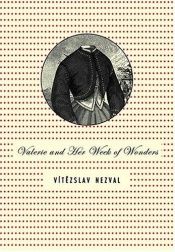 Valerie and Her Week of Wonders is a novel by surrealist Czech writer Vítězslav Nezval, first published in 1945. It was made into a 1970 Czech film directed by Jaromil Jireš.
With this novel, Nezval explored the gothic themes and settings of such novels as Mary Shelley's Frankenstein and M. G. Lewis' The Monk, as well as F. W. Murnau's film Nosferatu.
The novel has long been available in Czech. The recently published English edition features the illustrations by Kamil Lhotak that appeared in the original edition.

In a Glass Darkly

Wings to the Kingdom (An Eden Moore Story, 2)