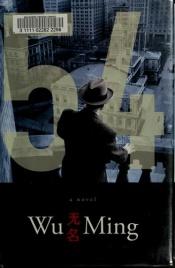 54 is a novel by Wu Ming first published in Italian in 2002.
Wu Ming is a collective of five authors founded in 2000. The members were formerly associated with the Luther Blissett Project, and four of them wrote the international best-selling novel Q.
The novel is set in Italy, former Yugoslavia, Britain and the US during the year 1954. It has been translated into several languages. All of the editions keep the original copyright statement, which allows for non-commercial reproduction of the book.

The Castle in the Forest