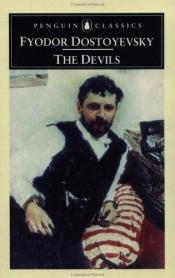 “What I am writing now is a tendentious thing,” Dostoyevsky wrote to a friend in connection with his first outline for The Devils. “I feel like saying everything as passionately as possible. (Let the nihilists and the Westerners scream that I am reactionary!) To hell with them. I shall say everything to the last word.”

As Dostoyevsky predicted, The Devils, or The Possessed, was indeed denounced by radical critics as the work of a reactionary renegade. But radicals aside, it enjoyed great success both for its literary power and for its explicit and provocative politics; and for its story of Russian terrorists plotting violence and destruction, only to murder one of their own number.

“Stavrogin’s Confession”, the section omitted when the novel first appeared, is included as an appendix to this volume.

The House of the Dead

A Hero of Our Time