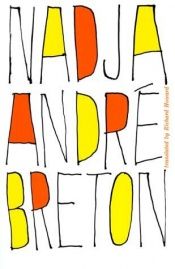 One of the iconic works of the French surrealist movement, Nadja is the second novel published by André Breton. It begins with the question, "Who am I?"
It is based on Breton's actual interactions with a young woman over the course of ten days, and is presumed to be a semi-autobiographical description of his relationship with a mad patient of Pierre Janet. The book's non-linear structure is grounded in reality by references to other Paris surrealists such as Louis Aragon and 44 photographs.
The last sentence of the book provided the title for Pierre Boulez's flute concerto ...explosante-fixe....
Dating from 1960, the widely available English translation by Richard Howard is a translation of the first edition of Breton's novel, dating from 1928. Breton published a second, revised edition in 1964. No English translation of this second edition is currently available.