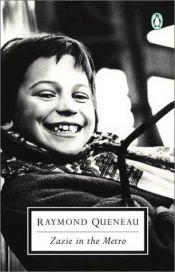 Impish, foul-mouthed Zazie arrives in Paris from the country to stay with Gabriel, her female-impersonator uncle. All she really wants to do is ride the metro, but finding it shut because of a strike, Zazie looks for other means of amusement and is soon caught up in a comic adventure that becomes wilder and more manic by the minute. In 1960 Queneau's cult classic was made into a hugely successful film by Louis Malle. Packed full of word play and phonetic games, Zazie in the Metro remains as stylish and witty as ever.