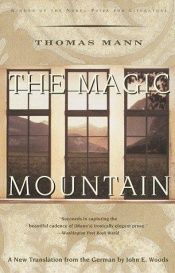 In this dizzyingly rich novel of ideas, Mann uses a sanatorium in the Swiss Alps--a community devoted exclusively to sickness--as a microcosm for Europe, which in the years before 1914 was already exhibiting the first symptoms of its own terminal irrationality. The Magic Mountain is a monumental work of erudition and irony, sexual tension and intellectual ferment, a book that pulses with life in the midst of death.
Awarded the Nobel Prize for Literature. The story of a simple minded young man in the years before the Grear War.

I am not really certain why, but this is one of my top favorite books of all time.