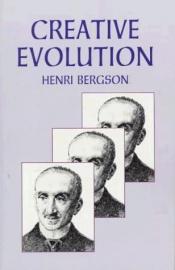 The most famous and influential work of distinguished French philosopher Henri Bergson (1859–1941), Creative Evolution features the fullest expression of the philosopher's ideas about the problem of existence, propounding a theory of evolution completely distinct from these of earlier thinkers and scientists.
In discussing the meaning of life, Bergson considers the order of nature and the form of intelligence, including the geometrical tendency of the intellect, and examines mechanisms of thought and illusion. In addition, he presents a critique of the idea of immutability and the concept of nothingness, from Plato and Aristotle through the evolutionism of his contemporaries.
Bergson's influence on Marcel Proust and other twentieth-century writers renders a grasp of his theories imperative to students of literature as well as philosophy. Historians of science and other readers will also appreciate the importance of this milestone in philosophical and evolutionary thought.

On Ethics and Economics (The Royer lectures)