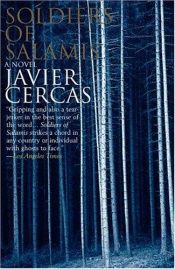 In the final moments of the Spanish Civil War, a writer and founding member of Franco's Fascist Party is about to be shot, and yet miraculously escapes into the forest. When his hiding place is discovered, he faces death for the second time that day-but is spared, this time by a lone Republican soldier. The writer becomes a national hero and a member of Franco's first government, while the soldier is forgotten. Sixty years later, Cercas's novel peels back the layers of truth and propaganda in order to discover who the real hero was. Winner of the Independent Prize in Foreign Fiction, Soldiers of Salamis is a wholly original work of fiction by a modern master.