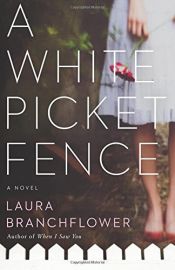 Lina and Phil Hunter have shared a strong bond since they were teenagers and he saved her life, so when Lina's mother cautions her to be on guard against a new love interest she sees in her astrological chart, Lina laughs her off. Her marriage may have been under extra stress lately, dealing with a rebellious teenager, but Lina's never even looked at another man, well besides her daughter's psychiatrist, Dr. Drayton, but that's more in awe.

When a betrayal shakes the foundation of her marriage, Lina begins confiding in the child psychiatrist, blurring the lines between whether she or her daughter is the patient. As a mutual attraction grows, Lina begins to question whether the boy she fell in love with twenty-five years earlier still exists.

A White Picket Fence is a family drama.