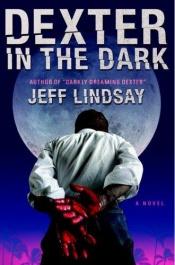 Dexter in the Dark is a 2007 novel written by Jeff Lindsay. This is the third book in the Dexter series, preceded by the 2004 novel Darkly Dreaming Dexter—which formed the basis of the Showtime television series Dexter—and Dearly Devoted Dexter, its 2005 sequel.
Dexter in the Dark was released September 18, 2007, in the United States and October 3, 2007, in the United Kingdom. The book was originally scheduled to be released earlier in the year.
The Season 1 DVD of the television series allows access to the first two chapters of Dexter in the Dark when viewed on a computer.

I Heard That Song Before