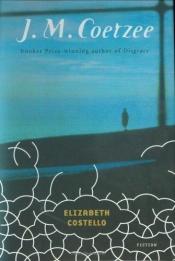 Since 1982, J. M. Coetzee has been dazzling the literary world. After eight novels that have won, among other awards, two Booker Prizes, and most recently, the Nobel Prize, Coetzee has once again crafted an unusual and deeply affecting tale. Told through an ingenious series of formal addresses, Elizabeth Costello is, on the surface, the story of a woman?s life as mother, sister, lover, and writer. Yet it is also a profound and haunting meditation on the nature of storytelling.

Waiting for the Barbarians

The Devil and Miss Prym