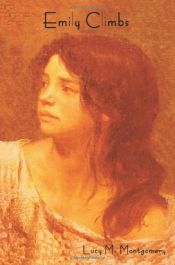 Emily Climbs is the second in a series of novels by Lucy Maud Montgomery. It was first published in 1925.
"People were never right in saying I was Anne. But in some respects, they will be right if they write me down as Emily."
While the legal battle with Montgomery's publishing company continued, Montgomery's husband Ewan MacDonald continued to suffer clinical depression. Montgomery, tired of writing the Anne series, created a new heroine named Emily. At the same time as writing, Montgomery was also copying her journal from her early years. The biographical elements heavily influenced the Emily trilogy.

Princess in the Spotlight (The Princess Diaries, Vo …