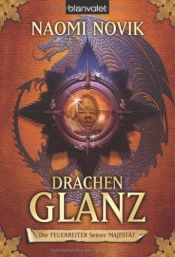 Empire of Ivory is the fourth novel in the Temeraire alternate history/fantasy series by American author Naomi Novik. The series follows the actions of William Laurence and his dragon, Temeraire.
The book takes place in Africa and follows Laurence and Temeraire's search for a cure to the disease that has paralyzed the dragon community. Naomi Novik visited southern Africa in search for places in the fourth novel.
Empire of Ivory was released in paperback in North America on September 25, 2007. The British hardcover edition was published on November 5, 2007.