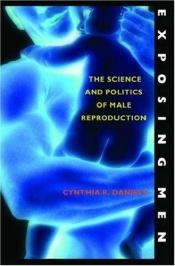 Exposing Men: The Science and Politics of Male Reproduction

Exposing Men examines how ideals of masculinity have long skewed our societal--and scientific--understanding of one of the pillars of male identity: reproductive health. Only with the recent public exposure of men's reproductive troubles has the health of the male body been thrown into question, and along with it deeper masculine ideals. Whereas once men's sexual and reproductive abilities were the most taboo of topics, today erectile dysfunction is a multi-billion dollar business, and magazine articles trumpet male reproductive decline with headlines such as "You're Half the Man Your Father Was." Cynthia R. Daniels casts a gimlet eye on our world of plummeting sperm counts, spiking reproductive cancers, sperm banks, and pharmacological cures for impotence in order to assess the true state of male health. What she finds is male reproductive systems damaged by toxins and war, and proof piling up that men through sperm, pass on harm to the children they father. Yet, despite the evidence that men's health, as much as women's, significantly affects the vitality of their offspring, Daniels also sees a society holding on to outdated assumptions, one in which men ignore blatant health risks as they struggle to live up to antiquated ideas of manliness.

From Chivalry to Terrorism: War and the Changing Na …

For men only; the dynamics of being a man and succe …