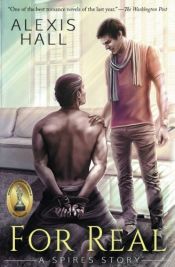 It can’t be for real.

Icecapade (from His for the Holidays)