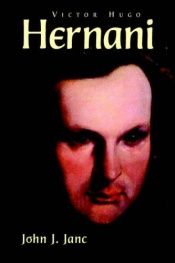 Hernani is a drama by the French romantic author Victor Hugo.
The play opened in Paris on 25 February 1830. Today, it is more remembered for the demonstrations which accompanied the première, and for being the inspiration of Verdi's opera Ernani, than it is for its own merits. Hugo had enlisted the support of fellow Romanticists such as Hector Berlioz and Théophile Gautier to combat the opposition of Classicists who recognised the play as a direct attack on their values.
It is used to describe the magnitude and elegance of Prince Prospero's masquerade in Edgar Allan Poe's short story, "The Masque of the Red Death". Gillenormand in Les Misérables criticizes Hernani.