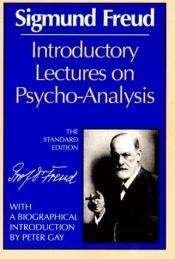 The Psychopathology of Everyday Life

The Interpretation of Dreams

An Outline of Psychoanalysis

To Have or to Be?