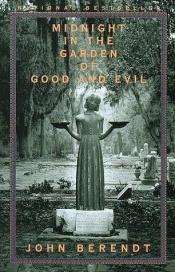 Midnight in the Garden of Good and Evil is a non-fiction work by John Berendt. The book, Berendt's first, was published in 1994. It became a New York Times Best-Seller for 216 weeks following its debut and remains the longest-standing New York Times Best-Seller.
The book was subsequently made into a 1997 movie, directed by Clint Eastwood and based loosely on Berendt's story. It was also adapted as a metabook in 2005.