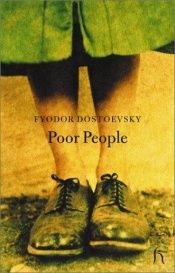 When Poor Folk was first published in 1846, Dostoyevsky — one of nineteenth-century Russia's most important authors — was just twenty-four years old. The novel brought him immediate critical and public acclaim. A poignant societal and physiological sketch, Dostoyevsky's masterpiece is written in the form of letters of correspondence between two characters, both trapped within the poverty and circumstance of St. Petersburg's slums. Makar is a writer struggling to survive; Varvara, a low-paid seamstress. The two are in love, but too poor to marry. They long for respect, but can't even muster enough for themselves.
Written during the initial stirrings of the Russian realism movement, Poor Folk is a vivid portrait of society's "everyman." A work that is both beautiful and tragic, it unravels an unforgettable tale of the human condition.