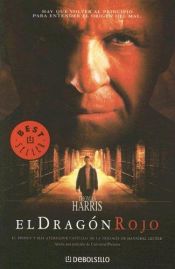 Red Dragon is a novel by American author Thomas Harris, first published in 1981. It introduced the character Dr. Hannibal Lecter, a brilliant psychiatrist and cannibalistic serial killer. The novel was adapted as a film, Manhunter, in 1986 which featured Brian Cox as Lecter. Directed by Michael Mann, the film was critically well received but fared poorly at the box office. It has since developed a cult following.
After Harris wrote a sequel to the novel, The Silence of the Lambs, in 1988, Red Dragon found a new readership. A second sequel, Hannibal, was published in 1999 and adapted into a film in 2001. Both film sequels featured Anthony Hopkins in the role of Hannibal Lecter, for which he won an Oscar for Best Actor in 1991. Due to the success of the second and third films, Red Dragon was remade as a film directed by Brett Ratner in 2002, this time bearing the title of the original novel and with Hopkins playing Lecter. Elements of the novel also influenced the NBC television series Hannibal, while the plot was adapted as the second half of the series' third season.
The title refers to the figure from The Great Red Dragon Paintings by William Blake.