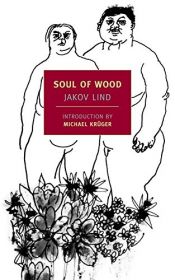 Soul of wood, & other stories

Soul of Wood made Jakov Lind’s reputation as one of the most boldy imaginative postwar writers and it remains his most celebrated achievement. In the title novella and six subsequent stories, Lind distorts and refashions reality to make the deepest horrors of the twentieth century his own.

Set during World War II, “Soul of Wood” is the story of Wohlbrecht, a peg-legged veteran of World War I, who smuggles Anton Barth, a paralyzed Jewish boy, to a mountain hideout after the boy’s parents have been sent to their deaths. Abandoning the helpless boy to the elements, Wohlbrecht returns to Vienna, where, having been committed to an insane asylum, he helps the chief psychiatrist to administer lethal injections to other patients. But Germany is collapsing and the war will soon be over. The one way, Wohlbrecht realizes, that he can evade retribution is by returning to the woods to redeem “his” hidden Jew. Others, however, have had the same bright idea.