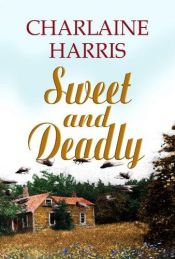 Author of the books that inspired True Blood on HBO and Midnight Texas on NBC Two to Tango.
Newspaper reporter Catherine Linton ignored her investigative instincts when her parents died in a mysterious car crash six months ago--grief obscuring t
he warning signs that something was amiss. But when she discovers the beaten body of her father’s nurse on Linton property, Catherine quickly realizes her parents’ death was no accident.

Though the sleepy Southern town that Catherine’s family has called home for generations still prickles with racial tension and decades-old classism, Catherine never expected that Lowfield, Mississippi could harbor a murderer. Now, it seems everyone has a terrible secret. But how many people in Lowfield would kill to keep them hidden?

Catherine finds herself both the sheriff’s lead suspect and the killer’s next target. With the help of her handsome editor, Randall, and her quirky fellow reporter, Tom, Catherine must untangle the dark roots of the murders and stop the killer who wears a neighbor’s face.

Tears of the Giraffe

The Sweetness At the Bottom of the Pie

Book of the Dead