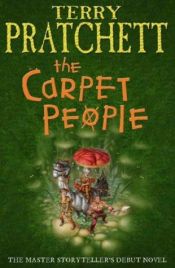 The Carpet People is a fantasy novel by Terry Pratchett which was originally published in 1971, but was later re-written by the author when his work became more widespread and well-known. In the Author's Note of the revised edition, published in 1992, Terry Pratchett wrote: "This book had two authors, and they were both the same person."
The Carpet People contains much of the humour and some of the concepts which later became a major part of the Discworld series, as well as parodies of everyday objects from our world. Before creating the Discworld, Terry Pratchett wrote about two different flat worlds, first in this novel, and then in the novel Strata.

Johnny and the Dead

The Voyage of the Dawn Treader (The Chronicles of N …