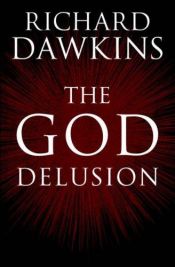 In his sensational international bestseller, the preeminent scientist and outspoken atheist Richard Dawkins delivers a hard-hitting, impassioned, but humorous rebuttal of religious belief. With rigor and wit, Dawkins eviscerates the arguments for religion and demonstrates the supreme improbability of the existence of a supreme being. He makes a compelling case that faith is not just irrational but potentially deadly. In a preface written for the paperback edition, Dawkins responds to some of the controversies the book has incited. This brilliantly argued, provocative book challenges all of us to examine our beliefs, no matter what beliefs we hold.

The only chapter I read was when he tried to disprove Thomas Aquinas' Five Proofs for God, and at first I thought there were some good points, but there were still issues that I found unconvincing, such as ruling out the perfect moral source based on variations of right and wrong should also mean there is a perfect smell because of variations of smell, since we tolerate bad smells, like a man passing gas on a plane or some sort of chemical leak, but we don't tolerate shoplifting or rape. Later I read a critique of this chapter by a man who specialized in the Summa Theologica, and it seems that Dawkins didn't do his homework. It would be as if I looked at an argument from On the Origin of Species, wrote a critique of it and said "therefore this disproves evolution." Oh, I have a hunch that I'd face a great deal of criticism from everyone in the biology field if I did that. So why is it that Dawkins can do the same in regards to philosophy and theology? As my brother described him: Good biologist, dick of a human being.

God Is Not Great: How Religion Poisons Everything

Life: A Natural History of the First Four Billion Y …

Why I Am Not a Christian

The Battle for God ***MISSING