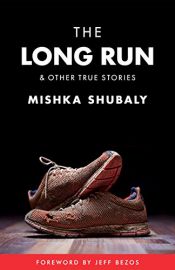 The Long Run & Other True Stories: foreword by Jeff Bezos

This book collects all six of Mishka Shubaly's bestselling Kindle Singles-- The Long Run, Are You Lonesome Tonight?, Shipwrecked, Bachelor Number One, Of Mice and Me, and Beat the Devil. Also included are alternate covers by Adil Dara, several other short pieces by Mishka Shubaly, and a special foreword by Amazon founder and CEO, Jeff Bezos.

"Mishka’s writing is clever, vivid and honest. As the reader, you are transported into his world. You get to experience his tumultuous journey from substance abuser to marathon runner, his misadventures in reality television, his pursuit by an online stalker and much more. Mishka’s life collects stories, and luckily for us, he’s very good at telling them. It is an honor to invite you to enjoy Mishka Shubaly’s collection. In the end, we as readers are uplifted by the force and transcendent talent of writers like Mishka. As we live their lives, we learn about our own." -- Jeff Bezos

Life Happens: And Other Unavoidable Truths

Brother West: Living and Loving Out Loud, A Memoir

Zona: A Book about a Film about a Journey to a Room

God, the Universe, and Where I Fit In

The Bowl of Light: Ancestral Wisdom from a Hawaiian …