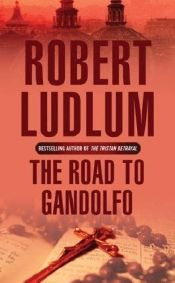 The Road to Gandolfo

The Road to Gandolfo is a story by Michael Shepherd about General MacKenzie Hawkins, a military legend and Army veteran. He defaces an important Chinese memorial as a result of being drugged by a Chinese general and is later kicked out of the Army. Seeking revenge, he plots to kidnap the Pope Francis I and hold him for ransom of $400 million, one dollar for every Catholic in the world.
The only person who can stop him is Sam Devereaux, an army lawyer who rescues the Hawk from China but subsequently himself gets trapped in the Hawk’s plan. The story revolves around how Hawkins executes the mission with amazing precision and discipline along with his band of seven provocateurs and the unexpected reaction by Pope Francis.

By the Pricking of My Thumbs

A Deadly Shade of Gold

Along Came a Spider