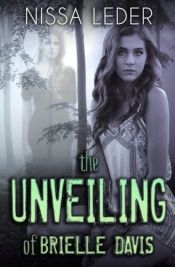 The Unveiling of Brielle Davis

Bri had enough to worry about before she could see the dead.

When seventeen-year-old Brielle Davis gets shipped off to Cabin Creek Falls camp before her senior year, she’s determined to coast through the summer unnoticed. Avoiding camp drama and any more regrettable choices is challenging enough, but she has even bigger problems.

Bri meets a boy who claims he’s dead and a terrifying woman who haunts her days and nights. Seeing beyond the grave is enough to drive anyone insane but, when she discovers the figures she sees aren’t just harmless hallucinations, her summer takes a dangerous turn and the consequences could be deadly.

Curse Of the Wolf Girl