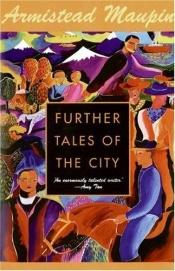 Further Tales of the City is the third book in the Tales of the City series by San Francisco novelist Armistead Maupin, originally serialized in the San Francisco Chronicle.
This novel takes place in 1981 during the first year of the Reagan Administration and imagines that the real-life figure of Jim Jones survives the Jonestown massacre. The book also captures the tail end of the post-Stonewall, pre-AIDS era of decadence in the gay culture of the early 1980s as the Michael Tolliver character explores his promiscuous side after breaking up with Jon Fielding.

The Ballad Of The Sad Cafe and other stories