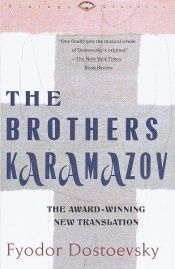 The Gulag Archipelago is a book by Aleksandr Solzhenitsyn about the Soviet forced labour camp system. The three-volume book is a narrative relying on eyewitness testimony and primary research material, as well as the author's own experiences as a prisoner in a gulag labor camp. Written between 1958 and 1968, it was published in the West in 1973 and thereafter circulated in samizdat form in the Soviet Union until its appearance in the Russian literary journal, Novy Mir, in 1989, in which a third of the work was published over three issues.
GULag or Gulág is an acronym for the Russian term Glavnoye Upravleniye ispravitelno-trudovyh Lagerey, or "Chief Administration of Corrective Labour Camps", the bureaucratic name of the governing board of the Soviet labour camp system, and by metonymy, the camp system itself. The original Russian title of the book is Arkhipelag GuLag, the rhyme supporting the underlying metaphor deployed throughout the work. The word archipelago compares the system of labor camps spread across the Soviet Union with a vast "chain of islands", known only to those who were fated to visit them.