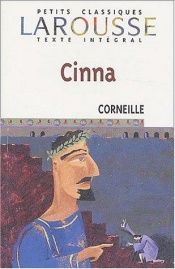 Cinna ou la Clémence d'Auguste is a tragedy by Pierre Corneille written for the Théâtre du Marais in 1639. It takes place in ancient Rome, but the ideas and themes characterize the age of Louis XIV, most notably the establishment of royal power over the nobility. A production was laid on in Bayonne in 1660 just before the King arrived for his wedding to the Infanta.
Corneille addresses the question of clemency and advocates an end to spiraling vengeance. His response is apologetic towards absolute power. As in many of his plays, the heroine is noted for her high tone.