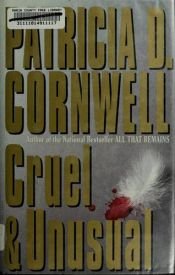 “Killing me won’t kill the beast” are the last words of rapist-murderer Ronnie Joe Waddell, written four days before his execution. But they can’t explain how medical examiner Dr. Kay Scarpetta finds Waddell’s fingerprints on another crime scene—after she’d performed his autopsy. If this is some sort of game, Scarpetta seems to be the target. And if the next victim is someone she knows, the punishment will be cruel and unusual...