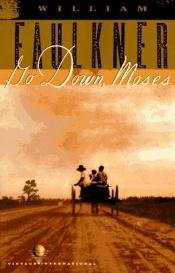 “I believe that man will not merely endure: he will prevail. He is immortal, not because he alone among creatures has an inexhaustible voice, but because he has a soul, a spirit capable of compassion and sacrifice and endurance.” —William Faulkner, on receiving the Nobel Prize

Go Down, Moses is composed of seven interrelated stories, all of them set in Faulkner’s mythic Yoknapatawpha County. From a variety of perspectives, Faulkner examines the complex, changing relationships between blacks and whites, between man and nature, weaving a cohesive novel rich in implication and insight.