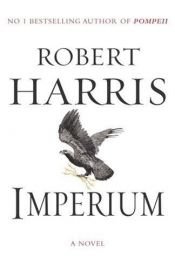 Imperium is a 2006 novel by English author Robert Harris. It is a fictional biography of Cicero, told through the first-person narrator of his secretary Tiro, beginning with the prosecution of Verres.
The book is the first in a trilogy. A sequel, Lustrum, was published in October 2009. The sequel was delayed whilst Harris worked on a contemporary political novel, The Ghost, inspired by the resignation of Tony Blair. Work on the Roman books resumed after The Ghost's completion.
The book was serialised as the Book at Bedtime on BBC Radio 4 from 4 to 15 September 2006, read by Douglas Hodge. An abridged audiobook on compact disc is available, read by British actor Oliver Ford Davies. Unabridged audiobooks on compact disc are also available, read by Simon Jones and Bill Wallis.

The Suspicions of Mr. Whicher: A Shocking Murder an …