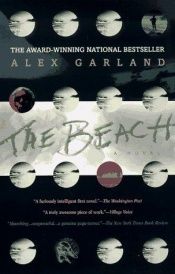 The Beach is a 1996 travel/backpacking novel by English author Alex Garland. Set in Thailand, it is the story of a young backpacker's search for a legendary, idyllic and isolated beach untouched by tourism, and his time there, in its small, international community of backpackers.
It is influenced by such literary works as Heart of Darkness and Lord of the Flies, and the anonymous memoirs of an escaped Australian prisoner. The concept and narrative came directly from his then friends experience of Thailand who in fact experienced what was written virtually word to word, others also listened to the experience of this person who was in Thailand before the Book was written .
In 2000 it was adapted into a film directed by Danny Boyle and starring Leonardo DiCaprio.
In 2003 the novel was listed on the BBC's survey The Big Read.

The Phantom of the Opera

First They Killed My Father

An Outcast of the Islands