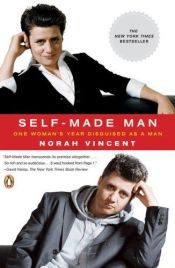 Self-Made Man: One Woman's Year Disguised as a Man