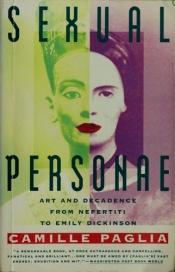 Here is the fiery, provocative, and unparalleled work of feminist art criticism that launched Camille Paglia’s exceptional career as one of our most important public intellectuals. Is Emily Dickinson “the female Sade”? Is Donatello’s David a bit of pedophile pornography? What is the secret kinship between Byron and Elvis Presley, between Medusa and Madonna? How do liberals and feminists—as well as conservatives—fatally misread human nature? This audacious and omnivorously learned work of guerrilla scholarship offers nothing less than a unified-field theory of Western culture, high and low, since Egyptians invented beauty—making a persuasive case for all art as a pagan battleground between male and female, form and chaos, civilization and daemonic nature.

A History of Reading

How to Talk About Books You Haven't Read

The Game: Penetrating the Secret Society of Pickup …