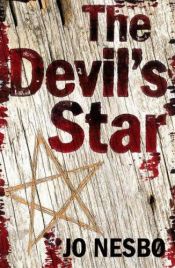 The Devil's Star is a crime novel by Norwegian writer Jo Nesbø, the fifth in the Harry Hole series. An English-translated version of the book named The Devil's Star was translated by Don Bartlett.
The story moves between two parallel themes – the appearance of a new serial killer terrorizing Oslo, and Harry Hole's ongoing feud with the corrupt and utterly ruthless fellow police officer Tom Waaler, which was already a major part of the plot of the two previous books, "The Redbreast" and "Nemesis". Eventually, the two issues converge – enabling Harry to resolve both in the course of a single cataclysmic night.