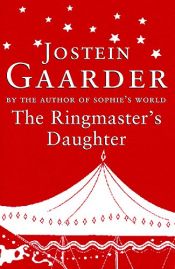 From the author of SOPHIE'S WORLD, 'A masterful mixture of fantasy and reality...a simply wonderful read' SHE.

Panina Manina, a trapeze artist, falls and breaks her neck. As the ringmaster bends over her, he notices an amulet of amber around her neck, the same trinket he had given his own lost child, who was swept away in a torrent some sixteen years earlier.

This tale is narrated by Petter, a precocious child and fantasist, and perhaps Jostein Gaarder's most intriguing character since Sophie. As an adult, Petter makes his living selling stories and ideas to professionals suffering from writer's block. But as Petter sits spinning his tales, he finds himself in a trap of his own making.