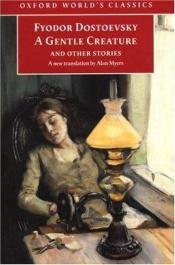 "White Nights" is a short story by Fyodor Dostoyevsky, originally published in 1848, early in the writer's career.
Like many of Dostoyevsky's stories, "White Nights" is told in first person by a nameless narrator; the narrator is living in Saint Petersburg and suffers from loneliness. He gets to know and falls in love with a young woman, but the love remains unrequited as the woman misses her lover with whom she is finally reunited.
Film adaptations have been made by Italian director Luchino Visconti, by Russian director Ivan Pyryev, by French director Robert Bresson, by Iranian director Farzad Motamen, by Indian film directors Manmohan Desai, Jananadhan, Shivam Nair and Sanjay Leela Bhansali, and by American director James Gray.

The Death of Ivan Ilyich