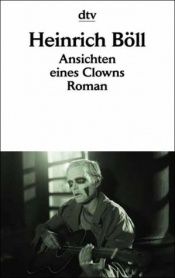 Acclaimed entertainer Hans Schneir collapses when his beloved Marie leaves him because he won’t marry her within the Catholic Church. The desertion triggers a searing re-examination of his life—the loss of his sister during the war, the demands of his millionaire father and the hypocrisies of his mother, who first fought to “save” Germany from the Jews, then worked for “reconciliation”
afterwards.

Heinrich Böll’s gripping consideration of how to overcome guilt and live up to idealism—how to find something to believe in—gives stirring evidence of why he was such an unwelcome presence in post-War German consciousness . . . and why he was such a necessary one.