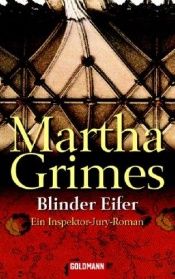 "Once again, Grimes hooks her readers with the engaging Jury and friends and with skillful tucking of hints into unexpected corners."
--Publishers Weekly (starred review)
When three women die of "natural causes" in London and the West Country, there appears to be no connection--or reason to suspect foul play. But Scotland Yard Superintendent Richard Jury has other ideas, and before long he's following his keen police instincts all the way to Santa Fe, New Mexico.
There, in the company of a brooding thirteen-year-old girl and her pet coyote, he mingles with an odd assortment of characters and tangles with a twisted plot that stretches from England to the American Southwest. And while his good friend Melrose Plant pursues inquiries in London, Jury delves deeper into the more baffling elements of the case, discovering firsthand what the guide books don't tell you: that the Land of Enchantment is also a landscape ripe with tragedy, treachery, and murder.
"RAINBOW'S END is itself a literary rainbow. It's the skillful blend of mystery and comedy and pathos, a Martha Grimes trademark, that makes this visit with Richard Jury and company so memorable and satisfying."
--Mostly Murder