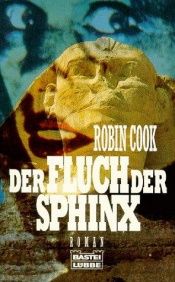 Sphinx is a 1979 novel by Robin Cook. Unlike most of his novels, its theme is Egyptology and the modern black market in antiquities rather than medicine. Set in 1980, mainly in Egypt, it deals with a young American Egyptologist named Erica Baron on a working vacation in Egypt who finds herself sucked into a dangerous vortex of intrigue after seeing an ancient Egyptian statue in a Cairo market.
In 1981, it was adapted into the film Sphinx starring Lesley-Anne Down as Erica Baron and Frank Langella as Ahmed Khazzan.