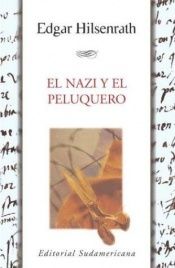 The Nazi and the Barber of the German-Jewish writer Edgar Hilsenrath is a grotesque novel about the Holocaust during the time of National Socialism in Germany. The work uses the perpetrator's perspective telling the biography of the SS mass murderer Max Schulz, who after World War II assumes a Jewish identity and finally emigrates to Israel in order to escape prosecution in Germany.

Because of choosing the perpetrator's perspective the author had difficulties in publishing the book in Germany. It was first published in the U.S. in 1971 by Doubleday, one of the largest book publishing companies in the world, and then in Germany in 1977. The original manuscript is written in German.

Five Germanys I Have Known