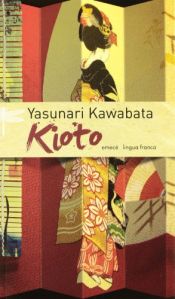 The Old Capital is one of the three novels cited specifically by the Nobel Committee when they awarded Kawabata the Nobel Prize for Literature in 1968. With the ethereal tone and aesthetic styling characteristic of Kawabata's prose, The Old Capital tells the story of Chieko, the adopted daughter of a Kyoto kimono designer, Takichiro, and his wife, Shige.

Set in the traditional city of Kyoto, Japan, this deeply poetic story revolves around Chieko who becomes bewildered and troubled as she discovers the true facets of her past. With the harmony and time-honored customs of a Japanese backdrop, the story becomes poignant as Chieko’s longing and confusion develops.