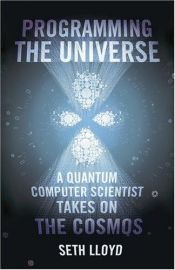 Is the universe actually a giant quantum computer? According to Seth Lloyd, the answer is yes.

All interactions between particles in the universe, Lloyd explains, convey not only energy but also information–in other words, particles not only collide, they compute. What is the entire universe computing, ultimately? “Its own dynamical evolution,” he says. “As the computation proceeds, reality unfolds.” Programming the Universe, a wonderfully accessible book, presents an original and compelling vision of reality, revealing our world in an entirely new light.

Dreams of a Final Theory