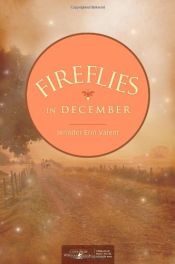 2010 Christy Award winner!
Jessilyn Lassiter never knew that hatred could lurk in the human heart until the summer of 1932 when she turned 13. When her best friend, Gemma, loses her parents in a tragic fire, Jessilyn's father vows to care for her as one of his own, despite the fact that Gemma is black and prejudice is prevalent in their southern Virginia town. Violence springs up as a ragtag band of Ku Klux Klan members unite and decide to take matters into their own hands. As tensions mount in the small community, loyalties are tested and Jessilyn is forced to say good-bye to the carefree days of her youth. Fireflies in December is the 2007 winner of the Christian Writers Guild's Operation First Novel contest, and a 2010 Christy Award winner.

A Lineage of Grace

Head in the Clouds

East Wind, West Wind: The Saga of a Chinese Family …